Marvel vs Nelson...? You shooters that have owned and shot both, I'd like your opinion please on which you prefer and the reasons why. I have a Nelson and love it but I've come onto a good deal on a Marvel and I'm considering setting it up as a backup or loaner. I'm wondering if I should just set up a second Nelson or go with the Marvel. This is a "version one" if you will, Marvel. No last shot hold open.

I have a gen I marvel that cracked the slide a decade ago and was replaced with a steel slide, lockback version. It's tired, but still shoots better than me.  My nelson should be here in a few weeks and I'm setting that up as a distinguished rimfire gun until I get the rest of my points, then it will become my primary BE gun with the marvel as backup. The nelson just "feels" better to me.

I have both and have RR both.  The Marvel is older non lockback model I bought used.  The Nelson I bought new not long ago.

The Nelson groups about a 1/4” tighter at 50 with CCI SV than the Marvel, but both are x-ring shooters.  This may be due to the age or use history of the Marvel.  A different Marvel may shoot just as well as a Nelson.

You can put the Nelson recoil bumper in the Marvel and then there is no particular shooting feel difference after that between them except the lockback feature.

I shoot the Nelson mags in both.

Big difference is you can dry fire the Nelson with no insert, the older Marvel needs a plug.  I have definitely broken and replaced the firing pin in my Marvel due to dry firing with no plug.  A newer Marvel may not have this issue if they have learned to fit the pins better than they used to.

Final verdict, Nelson by a hair, but a few Nelson parts in the Marvel makes it an awfully close race.  If it were new vs. new and both with lockback and a bumper, probably a tougher call.

Even so, at the right price I would not pass on a good Marvel. My Marvel has a threaded barrel and is used as fun gun, loaner, and suppressor host.  I would not hesitate to shoot it in a match as a backup, but it would be about 5th in line behind my two Hammerlis and two Nelsons.  I am not good enough for a 1/4” group difference to matter, but the Hams are just super sweet pistols overall and my Nelsons are newer.

Just an opinion based on what I have in front of me, other folks may feel different about their conversions or have different accuracy results.

I bought my first Marvel about ten years ago. I was pleased for the most part but hardly a match would pass without an alibi. I wanted a backup so I bought another one with a threaded barrel. I still would get an alibi from time to time. When they came out with the lock back model I bought it. I would go through about two bricks and the locking back would stop. Under warranty Marvel replaced the slide. Two bricks later it quit again. No longer under warranty cost me $150 to replace the slide. Bought a Nelson and sold the three Marvels. My Nelson is extremely reliable. Never had an alibi. Broke a few firing pins with the Marvel. 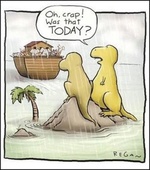 Owned both. Had quite a few breakdowns with the Marvel. Two cracked slides, four firing pins. A couple the smaller parts. To be fair, it got a lot of use. I didn't have the Nelsons too long before giving them to my sons.They were and still are flawless. However, like willnewton, I prefer my Hammerli or Benelli over the conversions.

You can get a bare lock back slide from Marvel. I did that for mine

Magnusbullets wrote:You can get a bare lock back slide from Marvel. I did that for mine

you can not. Marvel will not sell a slide. You can buy a whole unit or you can trade in your old slide + $

Magnusbullets wrote:You can get a bare lock back slide from Marvel. I did that for mine

you can not. Marvel will not sell a slide. You can buy a whole unit or you can trade in your old slide + $

What Chris is really saying is you used to be able to just buy the slide, but now the new owner of Marvel will not sell just a slide.
Jon