I just obtained a 1911 previously owned by elderly target shooter.  It's got a GI slide & frame, with issues sights, but it was clearly worked on by somebody who knew what they were doing.  The slide is a very tight fit on the frame.  With the slide closed, there's only a tiny (very tiny) bit of play if you push down on the barrel hood.

The only unusual marking I could find were the initials "FGA" stamped just above the magazine release.  I'm guessing those are the initials of the gunsmith that built it.   The pistol was probably built in the 1960's or 1970's, and assuming they were local, it would have been in the Massachusetts area.

I know the owner had other .45's built by Al Dinan, so he valued quality work.

I'm just curious if anyone recognizes who the gunsmith might have been.

FJA stood for Col. Frank J  Atwood.. one of the many markings of 1911s during the war era.. mainly Remington Rand receivers and some Ithaca frames..  not the pistolsmith involved in the build.


Col. Atwood was Chief of the Rochester Ordinance District..the initials are the inspectors mark..


My dad's national match 1911 was a Rand frame marked the same way. 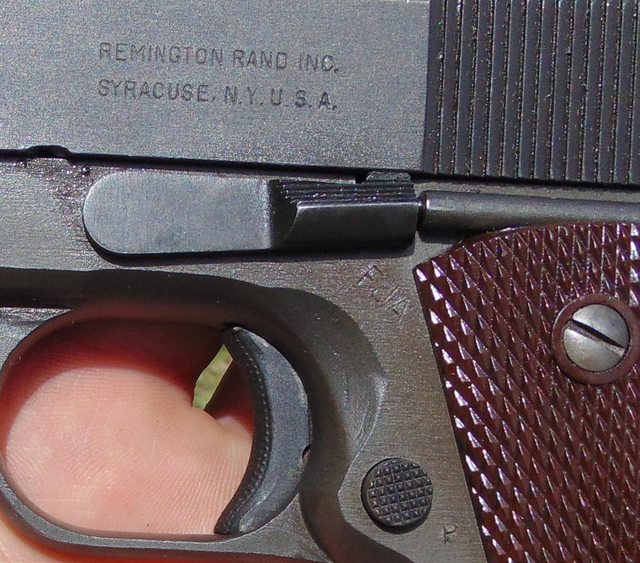 That's it!  Thanks!  Yours is stamped a bit cleaner than this one.