Welcome back Brian.  I am looking forward to your clinic later this month.

Brian, I love your forum name, no one else could even have one close to that!   I hope to make one of your clinics someday.   Thanks for adding your vast knowledge to the discussions here on the forum.

Not really.  When we look at the advances in guns and ammunition over the decades one thing has never changed. People will always look for snake oil or lightning in a bottle as opposed to spending the time and dedication that is needed to become a great shooter. Those who have attended my clinics and trained and were brutally honest with the development of their shot process and not accepting "good enough" as an answer they have excelled.  Look at James Morman. My star pupil as i Say. He went from a fairly new shooter to spending the time to attend not one but two clinics and dedicated himself to proper training and I know he is a force to reckon with now because of it.

I tell people just starting out in Bullseye that whatever gun they buy, and I suggest the Springfield range office to most, that  the gun they start with will out shoot them and as they progress then to look into accurizing further or getting a better gun.  People get wrapped around the axle with equipment and loads and forget to dry fire. you can't buy points

12XNPC wrote:keep in mind that the first shots of all sustained fire strings are the exact same process as every single slow fire shot.

Develop the shot process in slow fire. This process is the same as for all three guns and all three stages of fire.

All you need to do is determine where in the commands does one plug in the start of the shot process. If the grip and the body alignment are correct the gun will recoil back into the same position as it was when the previous shot was fired with little effort.

As your process develops and your training progresses to sustained fire you may find that your process has to be tweaked every so slightly. The important thing to remember is that those changes made need to be able to be carried back over to the slow fire process or you will end up with two separate processes. by keeping your slow fire process and the first shots of sustained fire the same you will find that you are able to be so much more consistent in your shooting.

Thanks for all the suggestions/advice,
Dave

I have only been working on learning BE for about 4 months now and have not worked on sustained fire.  My feelings is if I can't shoot a good target slow fire at sustained fire distance then I need to work on fundamentals not sustained fire. When I can shoot a B8 center at 25yds and score low 90s everytime I feel that it might be time for SF.  Am I wrong and need to change my thinking?  I see no way to practice sustained dryfire.  My groups have improved this last week but I am just SF at indoor 20yd targets and just trying to keep them all in the black.  I am running about 8 in the black.  Tried TF and it was more like 8 out of the black.  Sure wish Brian's clinic wasn't a days drive away.  Don

I've been working on the trigger finger positioning Brian describes in the article, changing from using the pad of the trigger finger to center the break behind the first joint.  Has made a dramatic impact on slow fire, where I am keeping shot centered in the black with the occaisonal called flyer.  I'm having a problem with it with timed and rapid fire stages.  My group goes from the black to the right of the black and strings vertically from the top to the bottom of the 7 ring. Is this just learning curve? 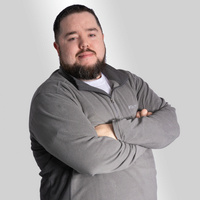 ebinnion wrote:It looks like the articles linked in the original post were also published as blog posts:

I believe the two links are identical.

ebinnion wrote:It looks like the articles linked in the original post were also published as blog posts:

I believe the two links are identical.

I've updated the second link above. Thanks for pointing that out.

Not sure about the formatting of the second link, but this one should work.  And thanks for posting.