I guess I have two questions, things I've been trying to read about, with little success.  This is about 1911 ejectors.

I've got three guns that I've shot recently.  One is a 1911 Baer, with full loads - Winchester White Box 230 grain ammo.  Ejected rounds are usually six to ten feet behind me, mostly on my right.  Then I've got a Salyer Caspian, which ejects my low power loads (Magnus #801 bullets over 4.4 grains of WST and sends them mostly behind me, but not very far.  Finally, I've got my Springfield, with the newly replaced extractor.   Both before the "surgery" and now, rounds can end up anyplace, mostly centered around the gun.  Some go out in front of the beech, some end up on the ground behind me, and some hit me, and end up on my bench.  My first question is how gunsmiths adjust this, to control where rounds are sent.

I tried to look up how an ejector can be configured to send the rounds to a location (preferably behind me), but what I found was descriptions and videos on how to install an ejector and tune it, but not one word about what someone might do to control where the rounds are ejected TO.  My second question is whether bullseye shooters even care about this?  Maybe it's a non-issue, something to be ignored, as long as the gun is shooting well.

This is just one more part of the 1911 I'm trying to understand.  On Monday I'll likely check mine out, to see if it shows any signs of damage.  Can anyone here point me towards a good reference source that explains this?

(I did learn a lot from this excellent video, https://www.youtube.com/watch?v=MqM36vFc5og which among other things made it obvious to me that doing something like this is way above my skill level - Jim, no need to worry about me getting into trouble.)

Now that I'm gripping the gun just like Brian Zins suggested, and using a more firm grip, most of the cases now end up about six to 10 feet behind me, in a six-foot circle.  Some shots still end up on my workbench.

Everything is working better - the one inch Ultradot fits me better than the heavier Matchdot II.  At the end of the day yesterday, I put up a 3" shoot-n-see target, wondering how five shots would look if I held the tiny 2MOA dot in the middle of the target, and just increased pressure until the gun went bang.  I was amazed.  Maybe I was just lucky.  Maybe all the stars were aligned just so....   but I loved the result: 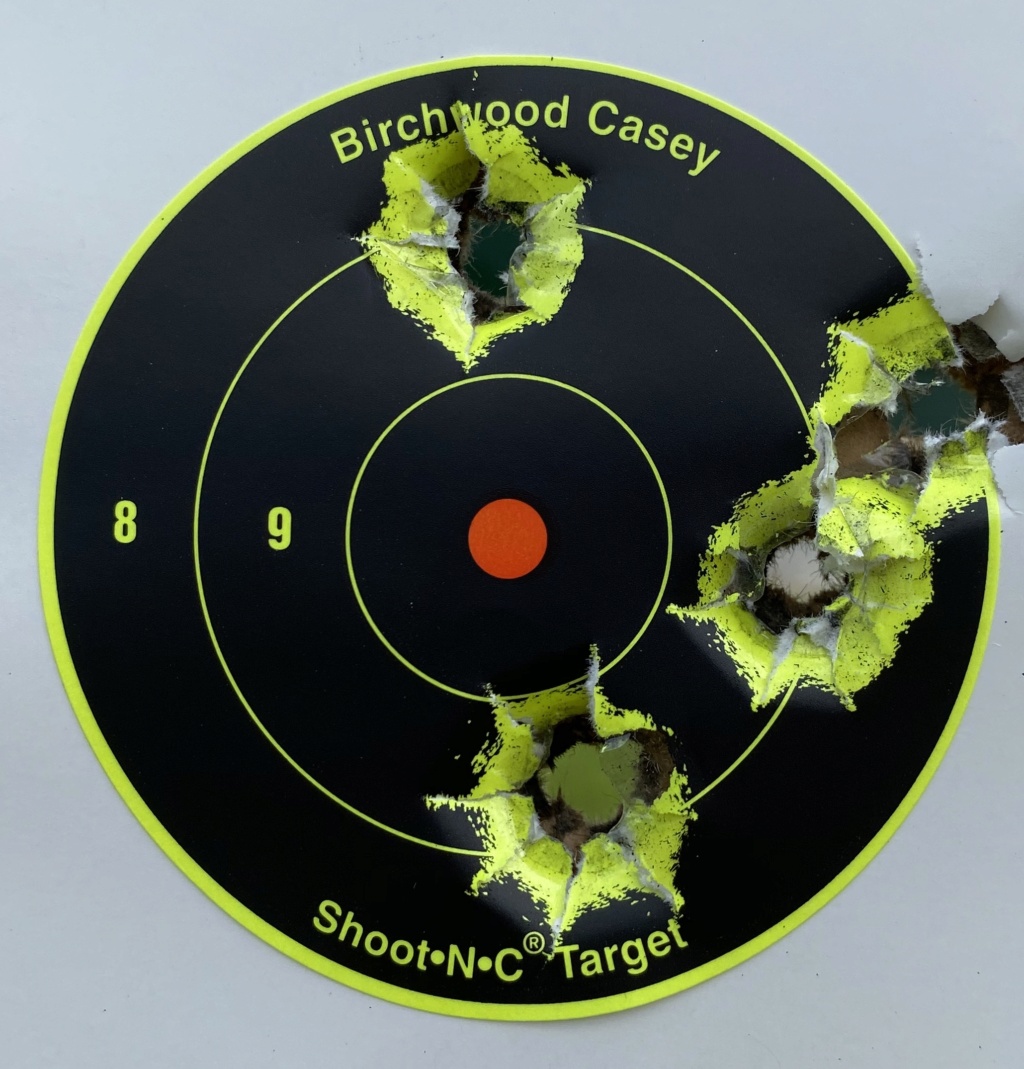 Thanks to people posting images and animations, I now understand "how" the ejector works much better than before.
Until now, it was a mystery.
There are lots of things I have yet to learn.
As Cunard used to say "Getting there is half the fun!"