I am considering going back to my Clark STC barrel to replace my OEM M41 5.5 barrel for various reasons too complex to get into detail right now.

I was using the Clark for a good long while but I was being put off of it as I was always needing to wipe off the oil splatter on the ocular lens from my needing to lube the top round in a mag to get the M41 to function. I did keep the oil to a minimum, just the lead bullet was oiled.

Another forum member suggested that I go to a ultradot style red dot and mount it so that the ocular lens is past the loading port so that the splatter does not land on the lens. The member also said that I could use just one mount to hold the ultra dot to the STC barrel top.

Other than the obvious sight configuration difference, is the through the lens experience much different? I see that another forum member makes shades for the ultradot. Does having or not having the shade impactful under certain circumstances?

I also have seen that the ultradot has a "flared" ocular portion. Is it solid or rubber?

I will not be around other shooters until maybe Saturday after next so I wont be able to take a look through an ultradot until then. Just trying to get some prelim info on the ultradot before I handle one and make the decision to buy or pass.

Any other pluses or minuses going for the ultradot? 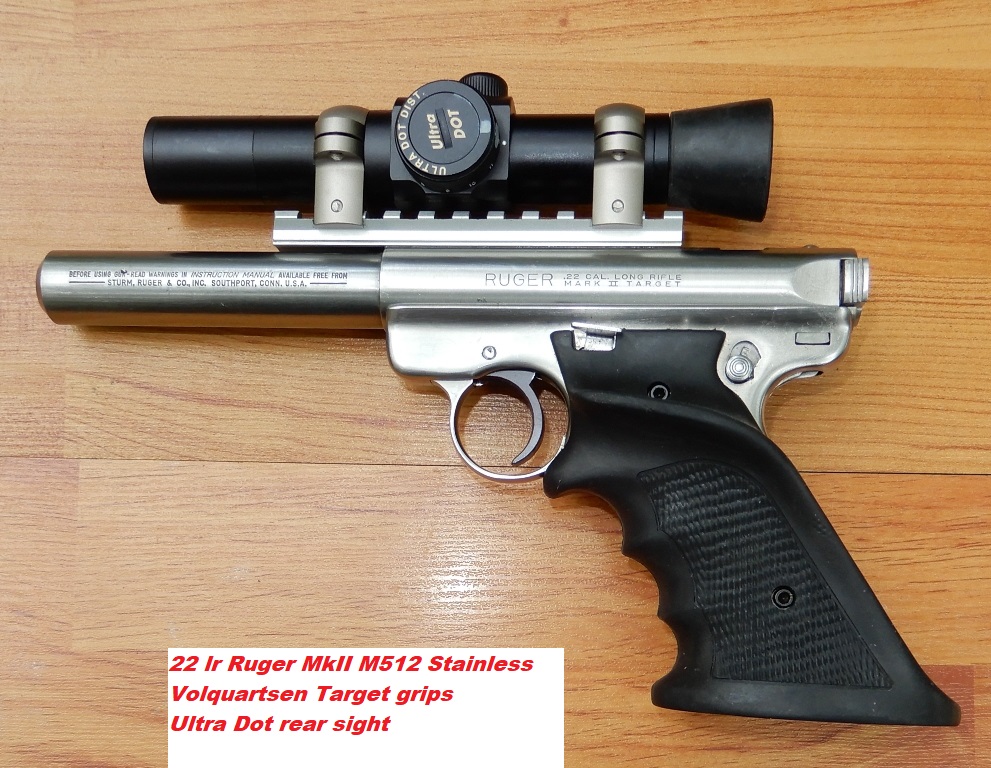 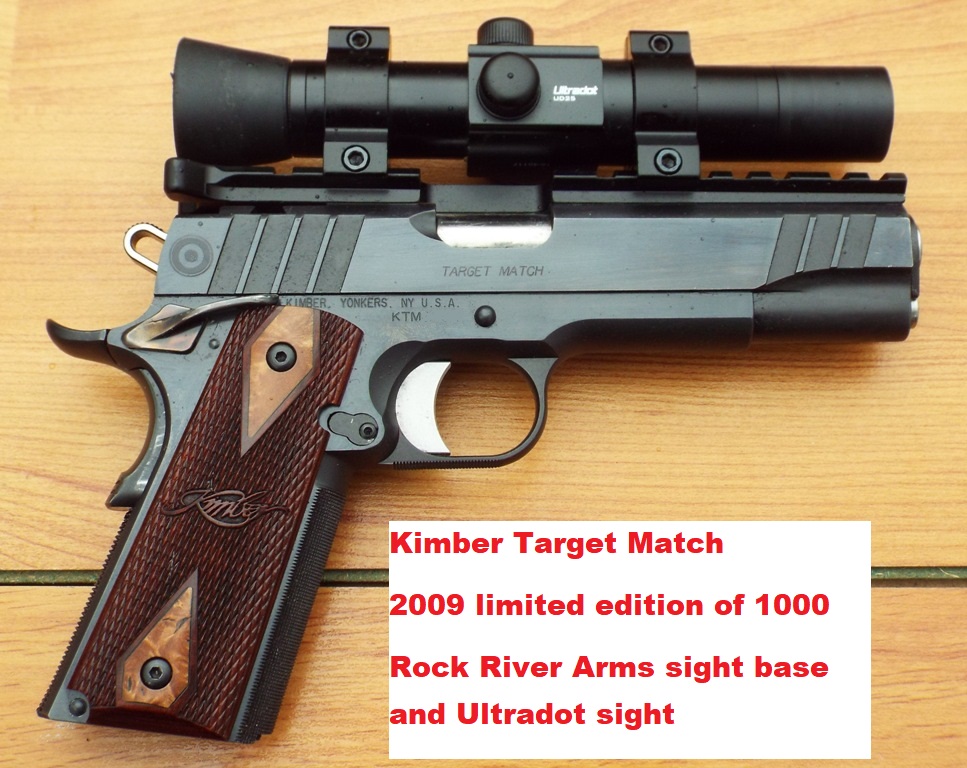 When my pistols run sluggish, I lube the cases, and the oil goes up the barrel and out the front, and oil goes out the back, into the mechanism. Either way, there will be oil droplets in the air. The long shades and rubber cups do reduce the amount of oil that gets on the lenses, but they still have to be cleaned.

Slamfire, what did You have to do to get the Rockriver rail on the KTM?

LenV wrote:Slamfire, what did You have to do to get the Rockriver rail on the KTM?

Had to buy a rail from Rock River. I hope they still have them.

And find a local gunsmith to drill and tap the slide.  I could have sent it to Clark, they have drilled and tapped a Kimber 9mm 1911

And then, the second match I shot the thing, the screws all backed out. The gunsmith was a bit optimistic about the holding power of red loctite, but it has been my infallible experience, that all gun screws, coated with any loctite, will back out in time.

I epoxy glued the base to the slide with JB weld I think. I have some of that around, but could have been Marine Tex.

Now I learned that 1911 slides are surprisingly flexible. The second mount screw from the muzzle had to be broken loose because the slide was binding. That was surprising, I would have not thought one tiny little screw would bend a slide enough to create sluggish movement, but it did.

Anyway, about three matches in with the glued on base, hoping it lasts the season. Don't know the limits of two part epoxy in a very oily environment. But there has to be limits.

Since the base is aluminum and the slide is steel, I don't know any soldering technique that won't melt the aluminum, maybe someone has a suggestion?

The Kimber Target Master is accurate, has a great trigger, ejects rounds over my shoulder which I hate. I am sure the collector value of the pistol is now zero, I hope a lot of collectors cry at my estate sale. I shoot my guns, and if I could see irons, it would still be factory original.

LenV wrote:I don't like a scope mounted too high. If I can I go with low rings. That said I would never remove steel from the barrel or frame to mount a scope lower. In essence that is what Clark did. I don't own a Clark barrel so I can't make this measurement. What is the difference in height between a Clark with a riser and a factory with a rail? Bet they are close.

Hi Len,
Shown is the dimension you wanted with a Clark barrel using Burris super-low Zee Rings. I also included pictures of the way I reduce weight on the cheapest parts. 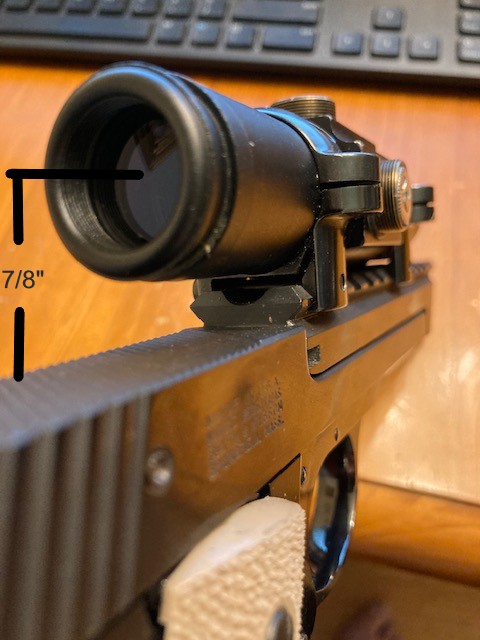 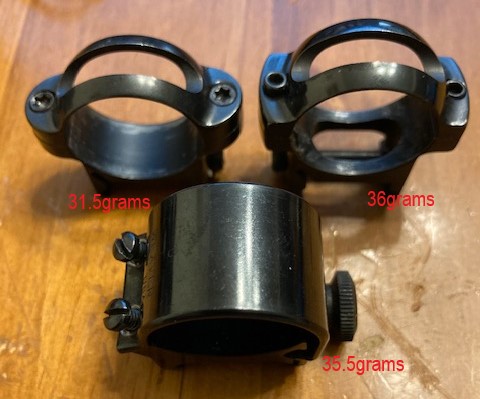 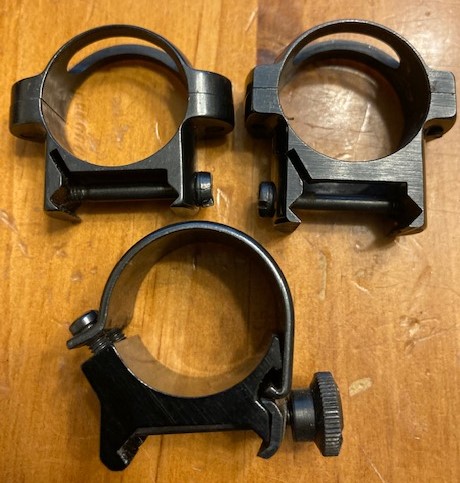 Thanks Wes, that's one of the measurements.

Slamfire,  I asked about the KTM  because the top of the  slide is not normal. If you mount a rail without using shims you risk warping the slide. At best your screws won't stay tight. The rail must make metal to metal contact.. 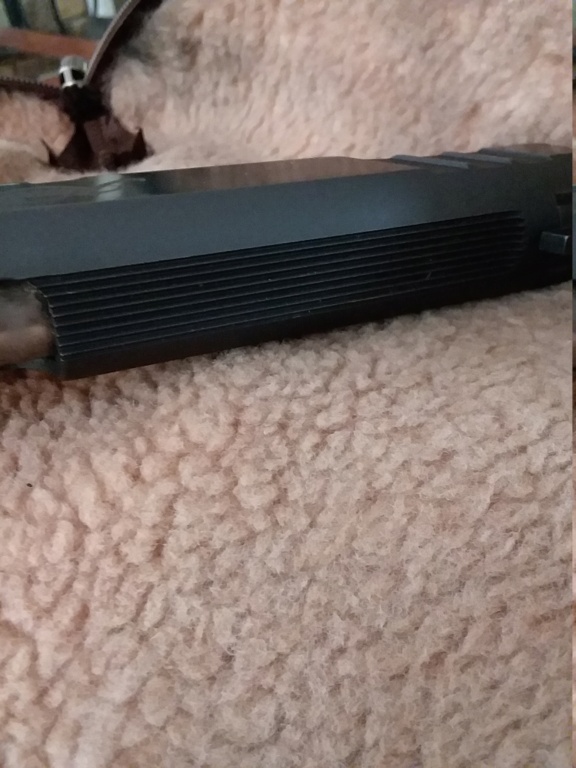 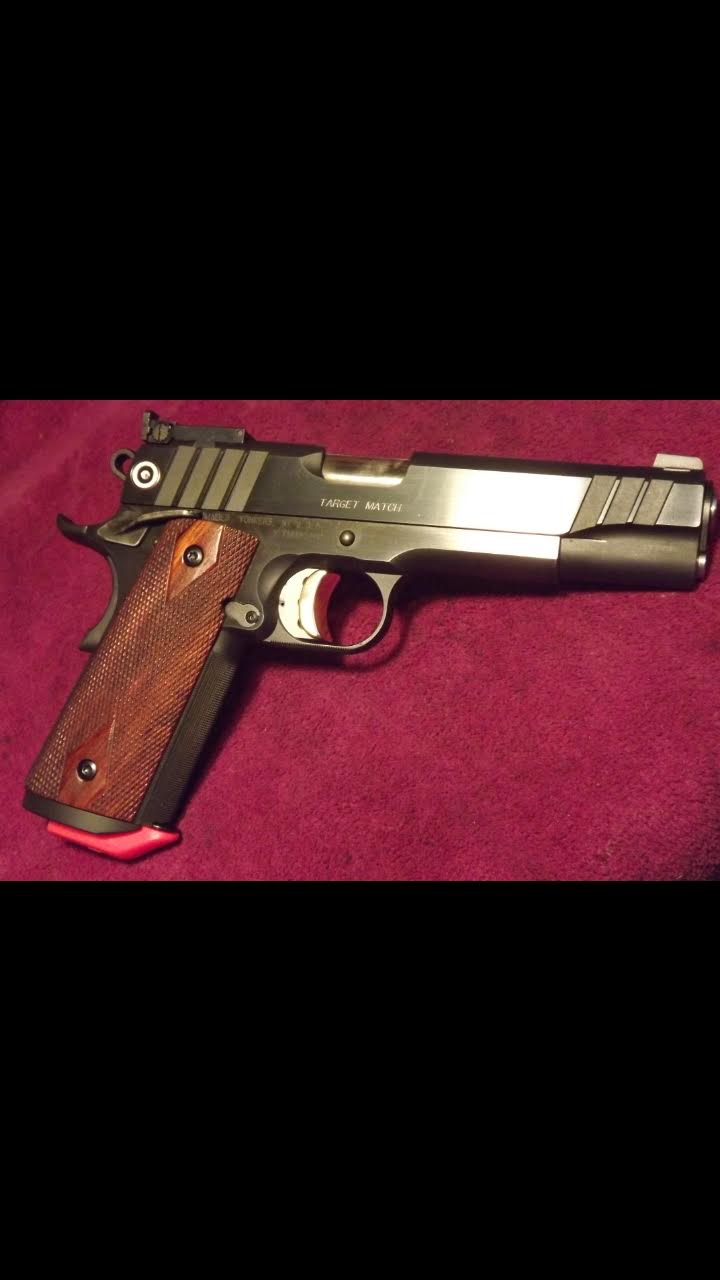