There is a Youtube video called Sustained fire 101 where Brian Zins says that his gun returns to good firing position not because he forces it back but because of the intensity of the position.

Would anyone care to comment on what makes up an "intense position"? In particular the amount of tension of the firing arm.

Is there a small amount of recoil anticipation ( for lack of a better description) in order to get the gun to return quickly?
Or is that also built into the position?

Just a thought - without using the words that seem to be annoying people, if any of us is standing somewhere, maybe watching others across the street, and another person walks by and accidentally walks into us, I'd say there is an excellent chance that we will do whatever it takes with all the "stuff" in our body, to return to how it was before being bumped.

Think of those two words in reverse order as in a "memory" of where the "muscles" should be.

(If people shot as much as they stand, maybe they'd have that ability to move their body back into position after a shot!)

Ok think about this another way, if "muscles" had memory then why will a "squirrel" event cause a bad shot?  Shouldn't your muscles just carry on and shoot that 10?
- Dave

Memory is a wrong term for the muscles.  Within your physical ability, your subconscious directs the muscles to be where they need to be, or redirects to return to where they were, to do the task again.

And nobody is saying any different.

Look, I made a typo and corrected it.  Should have initially come out like "memory of muscle position, condition, etc.  I reworded it the best I could.  Please move on.

If anyone wants to be pedantic about the whole thing or even explore the whole learning concept for pistol shooting even more, I'd suggest some reading on reptilian, paleomammalian and neomammalian brain discussions along with procedural and implicit memory versus declarative and explicit memory.

As I seem to not possess a large amount of any of the three brain classifications and apparently not showing any predisposition or even average ability in any of the memory types, I had to work like heck to try and learn how to shoot a pistol.  As a consequence, I also had to read a heck of a lot and make a lot of notes regarding how to train and learn and see (for me).

Eventually it turned out to be mostly visualization, seeing, sight alignment, and trigger control.  But I learned a lot of big words, got to meet some interesting people and got a lifetime hobby....

You all have fun and don't be too serious.

CR10X wrote:
You all have fun and don't be too serious.

I do this because I enjoy it.

But, this is exactly the crap that ran a good gunsmith and good man off this site. If you don't want to listen to Zins, ignore him. But I for one do. I learned a lot from his clinic and I have learned more from his posts since then. If Zins, Eulette, Bickar, and CR10x agree on a thing, I believe them. We are training the subconscious, not disparate muscle groups.

So think what you will but save the passive aggressive attitudes for somewhere else. A National Champion is trying to help people improve.

I don't slavishly do everything the national champs do--I don't practice and train as often or as hard as they do, so I can't properly apply the same techniques--but I usually listen.

On muscle memory specifically, reading that Brian Zins didn't think it was A Thing was hugely helpful. It's tough when everyone is telling you about things like "natural point of aim" and "muscle memory" and "surprise breaks" and none of it connects with your experience of shooting.

Also it's cool as hell that guys with national titles--or multiple titles and championships--talk directly to guys that just shoot indoor NGC leagues.

Point of Aim!
If you look at most good shooters their arm is approx the same angle off their body; give or take.....
When we learn to shoot BE we normally emulate a good shooter we know, are taught to hold our arm at a certain angle or learn from a picture/video etc.
So when we shoot we try to use the same angle to be consistent. Well it's gonna change slightly throughout the match. As we fatigue our muscles compensate for each other and our hold/stance changes. It's just part of the game. So we need to be flexible and learn to adjust to the positional change. I'm older and my lower back isn't what it used to be. I know that I have to compensate with how much I lean back when shooting as I fatigue. Same fundamentals apply but you do have to know yourself and make modifications if necessary to stay in the 10 ring. So again don't over think it. Just accept it and be aware.
Jon

I'd suggest that we don't need to get hung up on the words, but need to try and understand the concepts that are being addressed when certain things are described. (At least I tried to.)

For example, we must maintain the appropriate force vectors, with a human (non-static) structural support system to (attempt to) maintain a specific spacial position for the system and applying an additional force vector to the system with the trigger process.  We have a limited amount of energy to expend and when the gun fires, M1V1 (projectile) is going to equal to M2V2 (and the whole slide / gun / body system makes M2 a little complicated) but there will be movement.  After which we will need to apply additional force vector to (attempt to) return to the (approximate) original position.

Sometimes, its easier to say "natural point of aim" (no capital letters), than the preceding explanation which is trying to say just find the best way you can to hold the gun with the least amount of movement and be able to maintain that position with the least conscious effort and get the gun back on target within a limited time frame so you can complete another shot.  In other words, we can't just stick it out there and expect the best results. So there may be a better position to use when firing a pistol with one hand than what someone would "naturally" do. Just because it is a comfortable position may not mean it's the better or more useful one.  Will it be "natural"? I doubt it in the beginning.  Eventually, it will may seem so as we are looking for results that work. Is there an actual "point of aim"?  Not by definition of a point, which we cannot see to "aim" at. (But which I'm trying to make here

) And as for "aim"?  Well, that can be up for grabs too since we're mostly trying to keep the gun oriented properly not just "aimed".  But the point is that for the most part, we should find the best position we can and don't be surprised if it changes a little over time, or we may need to change it and just haven't tried something better yet.

This was just one example for me when trying to figure out, for me, what people that shot better than I did were talking about and what the words were trying to convey.  Your concepts or description or way of understanding may be different.  But in any event, we just trying to hold the damn thing in the proper orientation with the minimum level of movement and then get it back there after the shot is fired.

No need to get too wrapped up in the specific words.  Have fun.  My concept is to keep thinking when you're not shooting and just observing when you are shooting.

Last edited by CR10X on 12/9/2017, 7:50 am; edited 3 times in total (Reason for editing : I'm probably going to regret even trying to explain this concept anyway, but helping overcome the limitation of words deserves the respect of trying.)

Thank you Mike and Keyholed, and to all that have forgotten more than I will ever know.  The bits and pieces of the process that are provided on this forum keep me going to the range.  You can't put  dollar value on that.
Kudos to all.
Alex 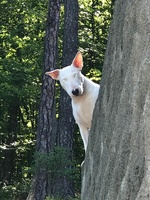 You guys get this muscle memory thing cleared up, I'm going to go dry fire while there is still some good light.....