I’m loading some 38 Special ammunition for a revolver with some lighter springs. I’ve asked around and here Federal primers are probably going to be the best bet for lighter springs. What about Federal Gold Medal Match primers vs. Federal standard primers? Will they be just as “soft” for life revolver springs?

I never found a difference.
Many think otherwise

My understanding (from an older copy of "The American Rifleman") is Gold Medal primers are manufactured to a higher standard (less variation between individual primers), but that great accuracy can be had from standard primers if one is willing and able to sort by production runs. (Read:  Buy lots of different production runs of primers, load and test, then buy a pile of the variant or variants that test well.)  Not sure if there is a difference in cups between GMM and standard pistol primers, there IS a difference between GMM 205M and 205MAR rifle primers.  (The AR primer cup is thicker than that of the 205M to help prevent piercing or blanking in semiauto rifles.)

For my Benchrest shooting, I think Match Primers do make a difference. I weight and mike all my primers for Benchrest. The variation in Federal M primers is much less then for the same primer without the M. I am sure like the 205Ms are just 205 sorted better or run slower on their best machines etc.

I'm of the opinion that this is another factor that is perhaps important to benchrest and precision rifle shooting but lost in the noise for pistols.

Dr.Don wrote:I'm of the opinion that this is another factor that is perhaps important to benchrest and precision rifle shooting but lost in the noise for pistols.

Unless you are loading 32S&W long mach ammo, there, the weight variation in priming can be a major part of the charge and has an effect. My mileage definitely varies!

Anyway I got to talk to him about primers and primer cake. Primer cake is mixed up by individuals and tested for consistency. As I understand the test equipment "mules", measure a huge number of parameters. Like time to peak pressure, pressure curve, energy of combustion, dwell, flame temperature, flame duration,  mass of particles ejected, and more. The employee who makes the most consistent mix gets a cash award. And even though the mixers have a financial incentive to make consistent primer cake, winning has a lot of randomness. I don't know the statistics, but bud said "artifact", like you can do everything right but luck determines who gets the prize.

It is very likely the Gold Medal primers have the most consistent primer mix du jour. Now, does it make a difference on target?  Might in a rifle. I have several sheaves of Russian Tula rifle primers. Over a chronograph those Tula primers provide the lowest extreme spreads and tighter standard deviations, all things being equal, than any other primer I tried. Which include Federal, Winchester, CCI. Tula shoot well, recently sent these downrange in a 30-06 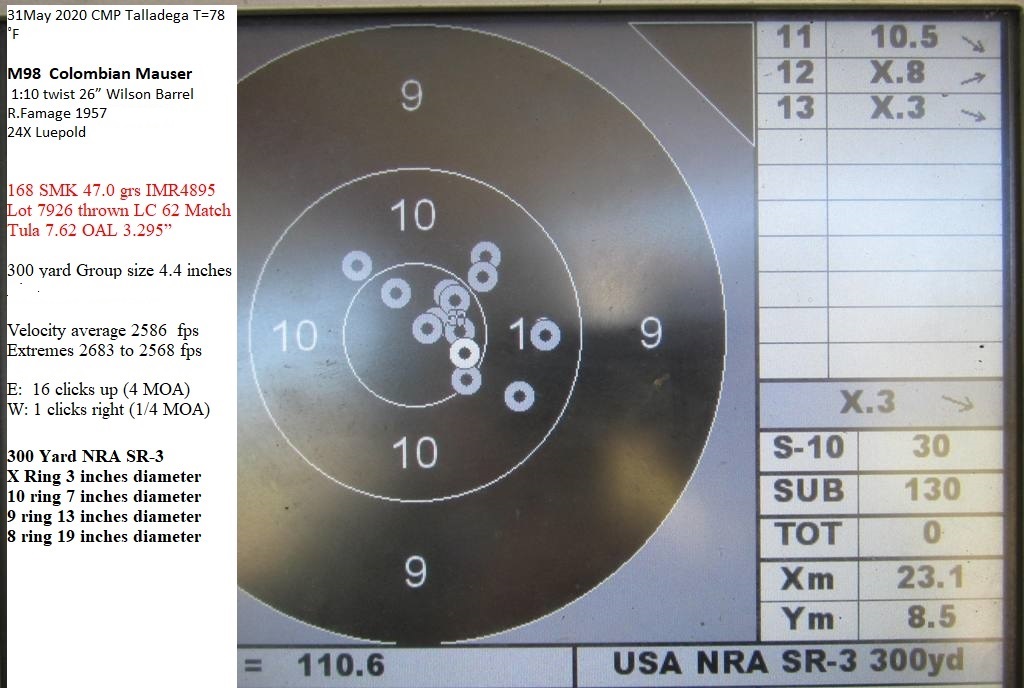 same day, old ammunition both, same rifle, different bullets, but only a little difference at 300 yards, which is well within the randomness of the wind and my flinches. 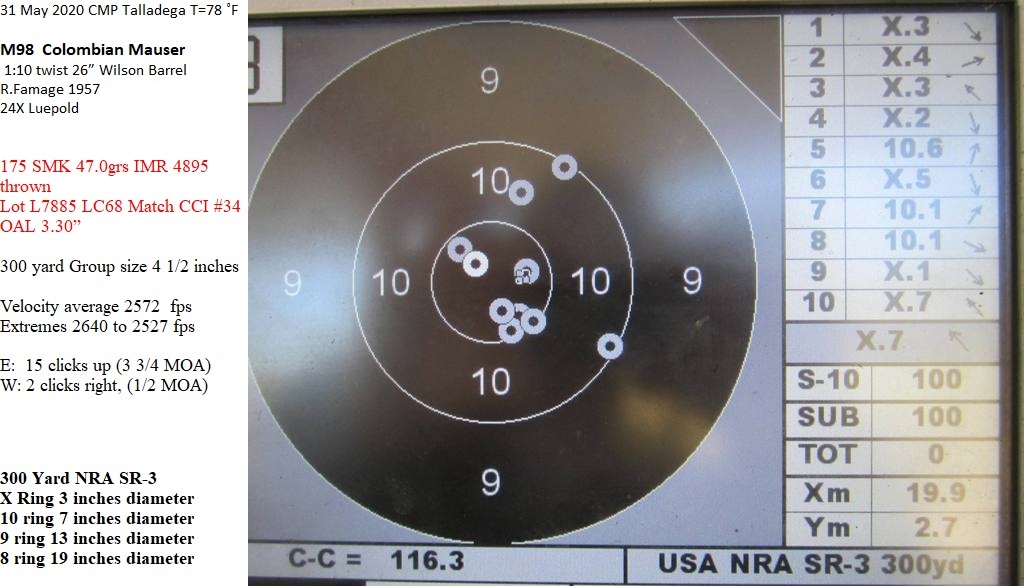 it will take a sub MOA rifle to quantify accuracy differences between primers, and of course, a better wind reader. But if all I see is tiny differences at 300 yards, with a rifle, then I don't believe anyone will ever see much difference between premium primers and standard primers in a pistol at 25 and 50 yards.

I have access to a Center Fire 100 Yard indoor range and can use it on either of the days of the week that is normally close, so I can leave the exhaust fans off and truly shoot in a windless environment. I have never done any primer variation testing there as I sort primes, but maybe one day I will try different sorted batches and see what difference there might be.

I too agree for Pistol Shooting, I doubt that it makes and difference, but then I am only starting now to load for the .32 S&W Long WC. Just talked to Bruce at Star and he is building me a Star Progressive in .32 S&WLWC

Since you started out asking about use in a revolver with light springs, I would go with the Federal 100, standard small pistol primer.  For years I shot police combat with a highly modified Smith revolver.  After shooting about every make of primer I could get my hands on, I stuck with the Federal 100.  I had 100% ignition with the light springs that we used for the double action portion of the courses.  I seriously doubt you will find much improvement using match primers.
Good luck.

I know that I hear a lot from pistol shooters that they don't worry about a lot about the small things that rifle shooters lose sleep over.  I am of the opinion that if it is worth the worry for a rifle shooter it should also be a worry for pistol shooters.  I am not a competive rifle shooter but if my hunting rifles don't shoot less than a one inch 5 shot group or better at 100 yards they just don't last long in my gun safe.  When I develop a load for my pistols I take steps to reduce the worry over the things I can control.  I fret over the small things like clean primer pockets, reamed flash holes, case length, choice in components, the list goes on and on.  If you reduce the things you can control then it is left to only the human factor.  I use Federal Gold Medal Match primers for EVERYTHING I load.  They just work for me!  I am sure there are other brands that would also work just as well but I have confidence in them and having that confidence helps me to be a better shooter.

M
The reason pistol shooters don’t worry about things rifle shooters fuss over is that pistol shooters get better by practicing and training far more than the increases from fussing with higher end reloading practices. The one thing you can’t buy more of is time.  Reloading for a pistol shooter is a trade of the time spent reloading and not training versus the increased training allowed with more ammunition by reloading.  If money was no object, we’d back up a semi load of ammo from FedRemChester and train only.

Will advancer reloading give us better accuracy?  Sure.  But the time is best spent on the range not the loading bench.

A multi time national bullseye champion once told me that if you don’t have a pistol and load that will shoot 10x you never will and are handicapping yourself! This sport is hard enough

James Hensler wrote:A multi time national bullseye champion once told me that if you don’t have a pistol and load that will shoot 10x you never will and are handicapping yourself! This sport is hard enough

I just threw all my guns in the dumpster....starting over.

James Hensler wrote:A multi time national bullseye champion once told me that if you don’t have a pistol and load that will shoot 10x you never will and are handicapping yourself! This sport is hard enough

I just threw all my guns in the dumpster....starting over.

I hear you loud and clear. I do have a 22,32,and 45 that from a bag will hold X but it has taken a few years getting them to. I think the GMM primers helped to get the last round or 2 into the X

If you can get the match primers (they were scarce for a while) and you do not have any cost issues, why not use them.

I seat rifle primers to the Exact Recommended "Crush" told to me by both Federal and CCI.